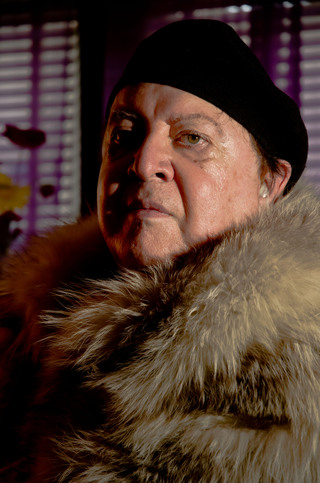 Jery Tillotson preparing to brave a brutally cold morning in the mountain city of Asheville, NC. Photo by Paul Clark 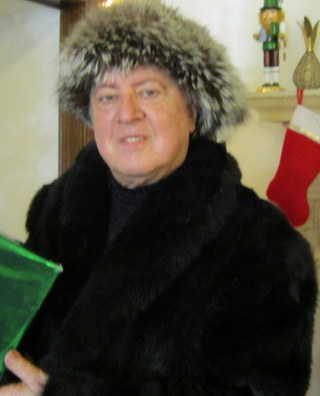 Preparing for Christmas at beautiful Kenilworth Inn where I reside. I lived and worked here as a nurse's aide in 1962 when the Inn was a posh sanatorium, Appalachian Hall. Photo by David Sapp 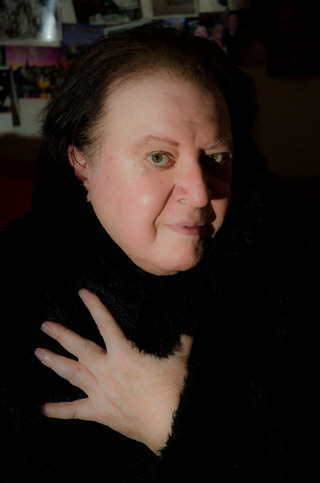 I'm very much into my 'Andrea D'Allasandra' writing mode as I prepare to work on my paranormal novel, RUN FAST, MY WOLFBOY. Photo by Paul Clark 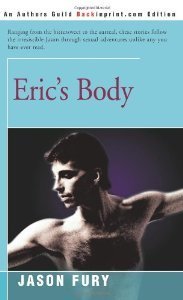 This is the second book cover of ERIC'S BODY used in its reissue in 2001 by the Authors Guild of America's series of American classics. I hated the cover which suggested nothing of the hot sensuality that made my book so popular. 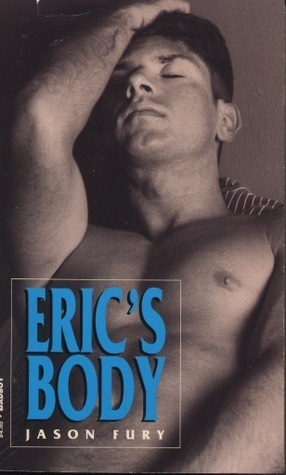 The original book cover for ERIC'S BODY published in 1993 created a sensation with its sizzling picture of a very naked hunk who was actually my hot lover, Toby, Manhattan's most sought after go-go boy. Thanks to its unabashed eroticism, the cover helped propel my story collection into an international hit. The story behind this landmark cover and how we got my sizzling young hunk to pose is a saga that deserves an X-rated story of its own.

Braving the non-stop rains of August, 2013 as I stand in front of my home in Asheville, NC 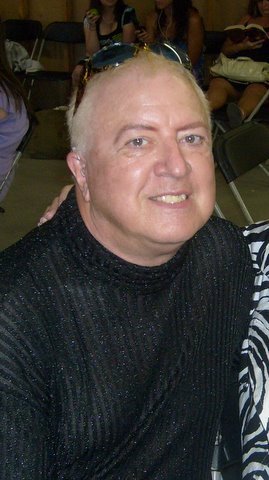 Waiting between scenes in 2008 of TV's hit show, ONE TREE HILL, filmed in Wilmington, North Carolina. I was one of the "fashionista" fashion editors who can be seen in the famous catwalk with others as the high-stepping models pranced in front of us for our critique. 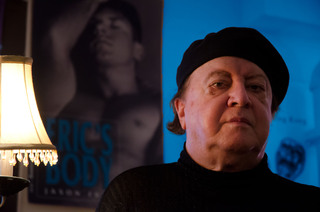 Jery Tillotson at home. In the background are posters of his international best-sellers, ERIC'S BODY and THE KISS OF KING KONG. One famous photographer said the author's home is "like a homage to a Parisian literary salon from the Jazz Age." 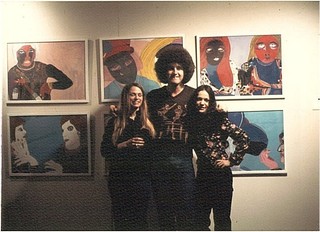 My late brother, Robbie Tillotson, at one of the many New York exhibits of his striking paintings in the early 80s. He is shown here with admirers who stand before some of his artwork. Within seven years, he was dead of AIDS after a life of madness. 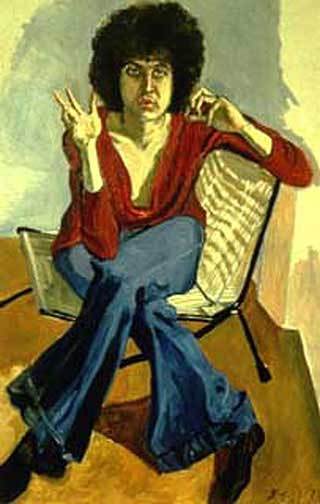 This striking painting of my late brother, Robbie Tillotson, is by legendary portrait artist, Alice Neel, and currently hangs in the Metropolitan Museum of Fine Arts in New York City.